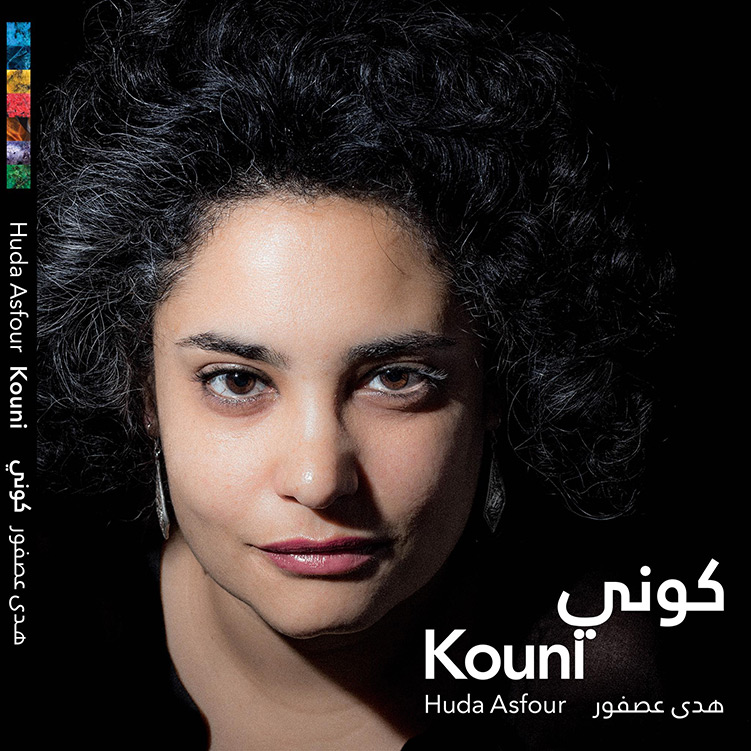 With heartfelt thanks to my beautiful DC community, including those who believed in this project, provided feedback, logistical support, inspiration, and the much-needed moral support. I would also like to specifically thank Diana Salman for all the hours of listening and feedback; Nancy Mounir and Ren Gaffney for your insights and for being my sounding board in the early and crucial stages of this project; my beloved mother for her support; Sitali Siyolwe for his indispensable help with production; and to the many more friends who contributed to this album in myriad ways that cannot be adequately captured here. I love you all.

“Kouni” (Be), Huda’s second studio album, is a work that resists categorization. It’s an album that thrives on the contradictions, complexity, and complementarity of Huda’s identity and her musical and life experiences. Huda is a storyteller, and every song in this album tells the story of the musical genres that have come to shape Huda’s personality and musical influences. In Kouni you will listen to reinterpretations of folk songs from Iraq and Tunisia, a reinterpretation of a song by her Aunt Salwa Jarrah, of a poem by Palestinian icon Mahmoud Darwish. You will also hear original compositions that are a study of love that transcends imposed definitions, borders, and bodies. Huda also blends vocals with classical and jazz-inspired string and brass arrangements, and rhythms from a broad range of styles that marry the nostalgic with the experimental, the rebellious with the subtle.”

Back up vocals Sitali Siyolwe (Track 8)